When you sacrifice liberty for security.......you have neither.

The Kansas City based Affiliate of

The National Organization for the Reform of Marijuana Laws 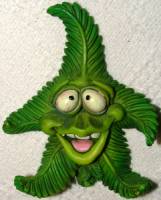 What is NORML and what does the organization stand for?

NORML is a nonprofit, public-interest lobby that for more than 30 years has provided a voice for those Americans who oppose marijuana prohibition. We represent the interests of the tens of millions of Americans who smoke marijuana responsibly and believe the recreational and medicinal use of marijuana should no longer be a crime.

NORML supports the removal of all criminal penalties for the private possession and responsible use of marijuana by adults, including the cultivation for personal use, and the casual nonprofit transfers of small amounts. This model, similar to that recommended to Congress by President Nixon's esteemed Shafer Commission in 1972, is called "decriminalization."

NORML additionally supports the development of a legally controlled market for marijuana, where consumers could purchase it from a safe, legal and regulated source. This model is referred to as "legalization."

NORML believes that marijuana smoking is not for kids and should only be used responsibly by adults. As with alcohol consumption, it must never be an excuse for misconduct or other bad behavior. Driving or operating heavy equipment while impaired from marijuana should be prohibited.

NORML strongly supports the right of patients to use marijuana as a medicine when their physician recommends it to relieve pain and suffering. NORML has advocated for the legal use of medicinal marijuana since 1972.

Lastly, NORML supports the right of farmers to commercially cultivate the non-psychoactive strain of cannabis known as hemp for industrial purposes, such as food and fiber production.

Cannabis users and habitual drug users frequently want to eliminate toxins and undesired chemicals from their systems. Herbal Clean QCarbo32 comes into action in this situation.

In the event of emergency urine testing, this is frequently critical. In fact, notifications for such examinations are usually brief rather than lengthy. This means you just have a few hours to remain away from your cannabis and let your body eliminate all cannabinoids by itself.

WHY is Marijuana Illegal?

Click here to read the most straight forward and comprehensive analysis of the demonization of Cannabis!

On November 2, two initiatives scored major successes for sensible and

compassionate marijuana policy in Columbia. With 100% of the votes

counted, voters have passed both Proposition 1 -- a medical marijuana

Now it's time to build on these enormous successes. Please urge your

Missourians from arrest on a statewide level. To take action, please

penalties, won with 69% of the vote. Now medical marijuana patients in

of taking their medicine. Please see

http://www.mpp.org/MO/bills_906.html to learn more about what the

Proposition 2 won with 61% of the vote. This measure (1) removes the

threat of arrest for misdemeanor possession of marijuana

(35 grams/1.25 ounces or less) and marijuana paraphernalia within the

$250. By passing the initiative, Columbia voters have shown that they

want alternatives to the failed policy of zero-tolerance prohibition

and the waste of resources that it produces. Please see

http://www.mpp.org/MO/bills_907.html to learn more about what the

MPP, which funded both measures, would like to thank and congratulate

Dan Viets and the Columbia Alliance for Patients and Education (CAPE)

-- an MPP grant recipient -- and all of the local and university

volunteers who have campaigned hard for these initiatives.

Thank you for supporting the Marijuana Policy Project. With your help,

we can stop the heartless prosecution of seriously ill residents in

MOHEMP Would like to publicly congratulate MO-NORML for their astounding victory!  This is a true testament of the ability of a few highly motivated people to effect positive change in their community!

This is NOT just about a bunch of people fighting for their right to "party"!  Decent people are dying out there everyday as a result of the "war on drugs". Click here to read some of their stories and take a moment to place yourself in their shoes...

Talk about a WASTE of tax payers dollars on a grotesque scale.  Not to mention the inarguable strain it puts on law enforcement agencies who should be out (as most would prefer to be) in search of REAL CRIMINALS who commit REAL CRIMES!

Time to start making some constructive noise & you can start with the MS Society!!

Interesting Article from the SSDP

Hemp Hemp Hooray!  Rack one up for the good guys!


"An ingredient in marijuana may be useful for Cannabis, Marijuana, Hemp by whatever name, has a myriad of uses!

It is truly manna from Heaven.

It can be used as material for food, clothing, paper, medicine, recreation, and

In our state as I'm sure it is in most...If you mow someone down with your car, and you go to jail at all, you will probably be out in less than 18 months (overcrowding, time off for good behavior etc etc). Get caught growing 1 marijuana plant in your home and you go to Federal Prison for a term of no less than 5 years, you could lose your house, you car, and even your kids! There is no eligibility for parole or early release and once you do get out then you have the stigma of being a convicted felon! Good luck finding any kind of job! 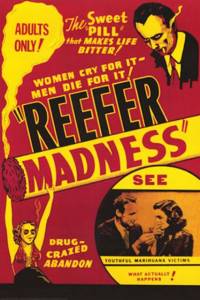 I know we would all like to think that marijuana users whether it be for medicinal reasons or purely recreational reasons are seedy, hygenically challenged, scabs on the skin of humanity. Individuals that if given half a chance will peddle "dope" to your kids or abuse them in some other way.

Marijuana if you believe the official lies through the last 70 years will: "Make you kill people" "Drive you totally insane" "remove completely all of your inhibitions and make you slaves to it and other degrading practices" "Will make you lose touch with reality" "You will become hopelessly addicted and lose interest in anything else" "You will become a drain on society" etc. etc Anyone who has ever used marijuana will tell you that none of this is true.

Officially sanctioned government tests found that marijuana was relatively harmless and contained nothing that is physically addictive. It creates euphoria (happiness), intoxication similar to alcohol, and eventually sleepiness, as well as stimulating the appetite and reducing nausea. It's hardly "Public Enemy # 1"!

We live in a world where tobacco kills 400,000 people a year. Many people drink to one degree or another even though alcohol kills well over 100,000 annually.  Many are stressed to the point where they are on one prescription or another.  Sales of Paxil, Zoloft, Valium, Prozac etc. are skyrocketing.  Hell there is a Starbucks on EVERY corner it seems sometimes. But no one will admit to marijuana use because "we don't do drugs!!"

Rush Limbaugh gets caught with half of the known Oxycodone supply on the planet and is free to broadcast the next day about it, Tommy Chong sells a bong on the internet and goes to jail for 9 months! This is crazy!!!

You of course are free as always to make up your own mind. Just be sure to base your opinion on facts and not on hysteria. Considering how pot has been portrayed by tabloid journalists and the government for so many years it's no wonder people are scared to death of this friendly little bud! This is a link to the National NORML website!

The MPP has tons of information on both a national level as well as a state by state basis!

Even the cops agree!

The Pot-TV Network ....great stuff both informative and entertaining!

Become a student of Police Encounters and be prepared to assert your rights under the constitution!

"A Prohibition law strikes a blow at the very principles upon which our government was founded."

or you can contact the chapter via email at...

spread the word about, please feel free to send it to us by clicking the Weedo below!

any submissions become the property of mohemp.org and we reserve the right to decide whether or not to post said submissions.

ABC's A War on Drugs, A War on Ourselves with John Stossel!

Check back frequently to keep up with current events!